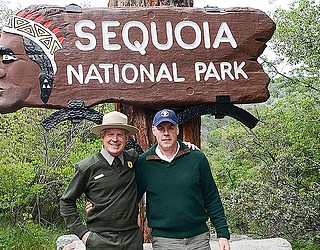 GRAND CANYON — Grand Canyon National Park is officially on the search to hire a permanent superintendent.

The position has been held by temporary appointees since former superintendent Christine Lehnertz announced her retirement in March.

Woody Smeck is currently serving as the interim superintendent. Smeck, superintendent of Sequoia-King’s Canyon National Park, replaced Lehnertz during an investigation into her alleged misconduct in October of last year. He will continue to serve until a permanent head is selected.

After the Office of Inspector General cleared her of any wrongdoing earlier this year, Lehnertz chose to resign from her position and retire from NPS, returning to San Francisco to head a charitable organization.